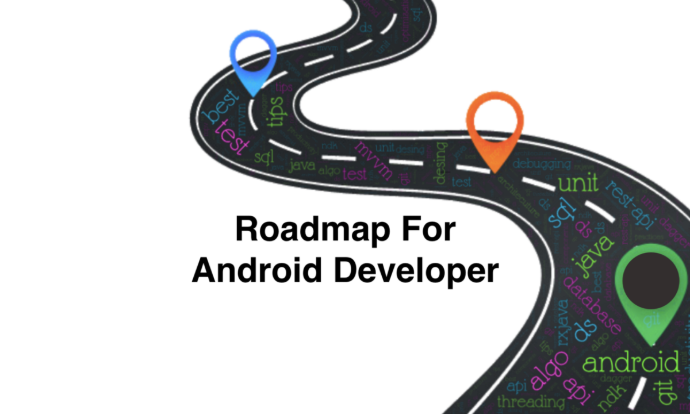 In 2021, there were more than 3.84 millions android applications. Simply, this fact shows how much demand is there for android development.

By 2022, the demand for android developers will increase more than in 2021 which means it’s great to start learning Android today.

Android is a Linux-based operating system that is designed for touchscreen mobile devices like tablets, smartphones, etc. It helps in the coordination of both hardware and software of mobile devices.

Meanwhile, in this article we will be learning about the Android Development Roadmap and see what are the essential steps to take in Android development.

But we recommend choosing between Kotlin and Java. As they are the top languages to build Android applications, they will make your journey on Android Development Roadmap easier.

However, consistency makes a perfect developer. Therefore, we should practise more often while learning. At the end of the week, we should revise what we learn and continue further.

Furthermore, it’s a great platform to build android applications. For an Android Developer, Android studio is one of the best to go for.

After installing Android Studio, get more familiar with it. This is an essential step in the Android Development Roadmap.

Additionally, learn how to use it with the help of different websites and YouTube tutorials. We also want to recommend you one of the best java book i.e. First Head Java

In contrast, the more you explore and learn, the higher the chance of developing a better android application.

Lastly, the Android Development Roadmap is incomplete without building an application on different projects.  Likewise, get more consistent by simply building an app after one gets finished.

Similarly, try to save those projects for the future and learn to do even more projects. Projects like airline reservation systems, content management systems, etc.

6. Make some improvement on your older projects

Always try to make some improvement on your older projects by simply taking feedback from other users or friends, etc. It will help you become an even better android developer.

You can also take this time as the duration of the Android Development Roadmap. 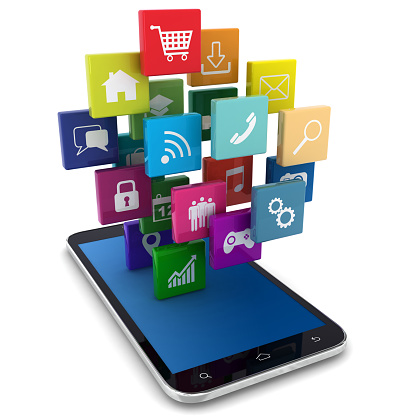 In today’s environment, the potential for Android app creation is enormous. Android applications are used by the majority of businesses.

In the meantime, Android users are on the rise. According to LinkedIn, there are over 36,000 job openings per day. Thus, making it one of the most demanding jobs in the upcoming future.

Android is a Linux-based operating system for touchscreen mobile devices such as tablets, smartphones, and other similar devices. It aids in the coordination of mobile device hardware and software.

Java vs Kotlin for Android Development?

Java is the oldest language compared to Kotlin which means Java has the biggest community and enough sources are available for new beginners. Also, learning Kotlin is highly recommended too for undertaking an android app development course.

Kotlin is the modified programming language of Java itself but that does not mean Java won’t be updated. Java is still active and its main motto “write once, run anywhere” makes Java stay for a longer period.

However, Kotlin takes the lead while talking about performance. That’s why lots of companies are switching from Java to Kotlin due to this reason.

Today, we will be looking at the best android app development course in Nepal.

A program created in collaboration with Google itself, this program will guide you through the steps of developing an app.

In this android app development course, the first section will guide you through the steps to build layouts for your single-screen Android app. You will also learn to use the XML markup language to transform app designs into layouts and group them to display images and text.

In the other parts of the course, the second section will introduce you to Java programming, especially object-oriented programming (OOP) concepts. Later, you will learn to craft a user-friendly interactive layout and add intents and styles for your Android app.

The third section of the app development course will further build your app development skills. You will learn more Java syntaxes and concepts and use them to restructure your app to display multiple screens.

Furthermore, you will learn how to add audio and images to an app and understand how Android handles touch events to create a smoother user experience.

The final section of the course will drill deep into web APIs and basic networking concepts. You will learn about HTTP networking, JSON Parsing, and threads. Hence, you can create Android mobile apps that can connect to the internet smoothly and perform multiple tasks at once.

Apart from the lessons, each section has quizzes, assignments, and real-world projects to complete. The latter is most beneficial since you will gain significant hands-on experience in the process.

To be specific, you will build real, astonishing apps, including a tour guide app, a music structure app, and many more. You can display them on your Github portfolio to showcase your skills.

Regarding the pace, you should spend 10 hours a week on the program, and you will complete it in three months. The suggested pace is more intense than most other alternatives.

However, the program is self-paced. You can freely adjust your learning schedule. Just keep in mind that the more you spend on the program, the higher the tuition fees.

Upon program completion, you will be able to create simple Android apps. However, if you want to become a professional Android developer or prefer building more complex Android applications, you will need to enroll in another program.

This is one of the best android app development course on Udemy which is also a best-seller. Unlike Android basics by Google, it helps to learn Android 12 App development from beginner to advanced level.

In order to get you familiar with this course. So that you can be comfortable with it.

In this section, you will learn to install Android Studio on Linux, Mac, and Windows. Then, you will be heading to your first project based on the UI and how to change the size of the text.

In addition, it will also help you to set up the Emulator and write hello world. Meanwhile, projects like the people counter app will also be performed. Then test the app on your phone.

You will learn in detail about Kotlin and its fundamentals such as data types, arithmetic operators, statements, loops, etc. In addition, there will be assignments to enhance the performance of an individual.

The Object-Oriented Programming concept is important for Android development. In this course, there is also a separate dedicated section for the OOPs concept.

Here, you will learn about classes and objects, inheritance, interfaces, abstract classes, etc which makes you know about the OOPs concept and how it really works.

After all these, you will start working on different projects like Calculator App, Quiz App, Drawing App, etc. Thus, after working on all these projects it will help to enhance your skill in Android development apps.

Matter of fact, after all these projects you can go for building your own Android app.

Who this android app development course is for:

You can learn Java from our course: Learn Java for Android Development in A WHOLE New Way!

No comments to show.